What Are the Different Types of Valves Used in Piping? 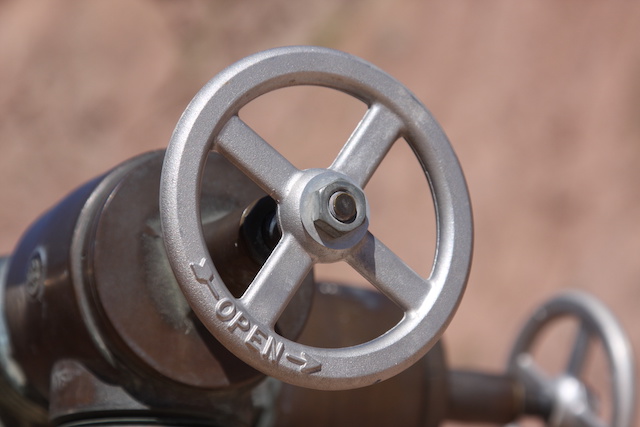 Did you know that the construction of the Great Pyramid of Giza used rudimentary valve devices? Yes, valves have been with us for thousands of years. Given the time that they’ve had to evolve, it’s no wonder why the valves we have today are so advanced.

Read on to learn about some of the types of valves used in piping today.

How Are Valves Used in Piping?

You probably already know this, but this article will review it anyway. Doing so will best introduce the abilities of the specific types of valves in the section below this one.

The primary purpose of a valve is to control the flow of a material traveling through a piping system. The material in question can be a liquid, a gas, a slurry, or another form of matter.

The layman may believe that valves merely open to let material flow and close to stop the flow. However, the ways that valves serve a piping system are far more complicated than that. This list below states just some examples of the tasks that valves perform:

What Are the Different Valves Used in Piping System Applications?

When you select a valve for your piping system, you face an overwhelming choice. This is the case because some valves work better for certain situations than others. You have to do your research and ensure you’re getting the best option for your piping situation.

Valves can be classified based on their material, end connections, how they open and close, and so much more. To keep things simple, though, this article will merely give the names of some valves based on their overall differences in design.

Gate valves are so-named because they open and close much like a gate. The handwheel is connected to a stem that guides a disc up and down through the gate body.

A gate valve is most often used as an isolation valve. It is primarily used to stop or start the flow of material. While it is possible to throttle a flow with a gate valve, doing so can cause severe damage to the valve’s components.

A gate valve is a linear valve. This means that its mechanism moves in a straight line to cut the flow of material. It is classified this way because of the way its disc moves.

Globe valves have spherical exteriors and their interiors are cut in half by a baffle. A disc-like plug moves up and down similar to how a gate valve moves. The main difference is that the disc, in the globe valve’s case, sits horizontally rather than vertically.

The seat of the valve sits in the middle of the baffle and also sits horizontally. The stem lowers the disc into and out of this seat to control the flow of material.

The primary purpose of a gate valve is to be a regulator. That is, it controls how fast or slow the material moves. Unlike a gate valve’s disc, the one in a globe valve can sit in partly open or closed positions without risking any damage.

A check valve isn’t manually controlled like the gate and globe valves. Rather, this valve closes or opens based on the flow of the material. If the flow is moving in a way that isn’t ideal, the valve will close.

Often, a check valve will have a gate that will swing open and close with a semi-circle motion. The flow of the water in the right direction will open the gate and allow the material through. If the water flows the other way, the gate will close and stop the material’s progress.

Check valves are placed by themselves in a category known as ‘non-return’. This prevents the cross-contamination of different materials. In some cases, this can even prevent health hazards.

A swing gate check valve uses a rotary movement, which is a semi-circle movement. However, lift check valves also exist and they use a linear movement.

A plug valve often consists of a cork-shaped plug that permanently sits in a cavity in the lower section of the valve body. When someone turns the handle, the plug spins around.

Plug valves are also used as regulators. The operator can place the plug at partially open/closed positions. This can slow or speed up the flow of the material through the pipe.

Plug valves are considered both rotary valves and quarter-turn valves. The latter group consists of valves that turn 90° to fully turn the valve.

Fulfill Your Industrial Valve Needs With Our Products

Remember that the four valves above are just a few of the valves used in piping systems today. Make sure to do some more research before you start seriously shopping for valves.

When you think you’ve learned enough, consider checking out our collection of valves. We offer the most powerful, long-lasting valves on the market. We can also build you the perfect ones.

Click here to start the process of requesting a free quote.