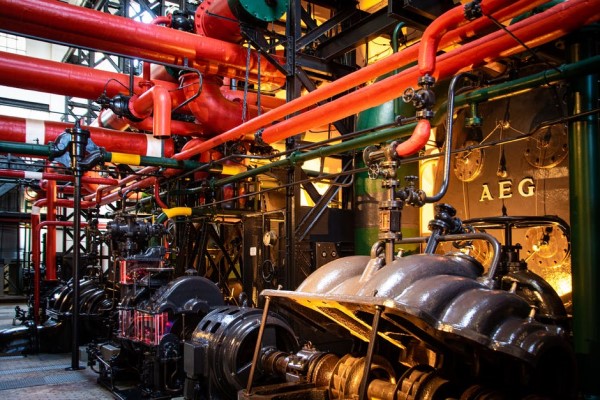 There’s a solution that the scrubber valve offers, a solution to one of the biggest foes of valves and equipment in any facility or plant. Just what is that common enemy? The invisible corrosion, the hidden particle.

It’s the dreaded lime slurry, a common cause of maintenance cost and recurring issues with reliability—two of the biggest thorns in the side of any plant manager or facility manager.

One of the most likely places to be hit by the corrosive effects of lime slurry is the valves and pumps of a facility.

When it comes to a system, it’s only as good as its weakest point. Essentially, the entire working aptitude of the system in place hinges on the proficiency and longevity of the most common points of failure and how long they’re likely to do their job as required.

No matter the thought, care, expense, engineering, and precision of the rest of the system, if a part breaks and halts the process entirely, it’s all for naught.

Recognizing potential points of failure is of the utmost importance if you’re looking to avoid unnecessary maintenance costs and part replacements. First, we should understand precisely what it is about lime slurry that causes the issue and how that relates to commonly installed valves.

Part of any process involving flue gas and fly ash will also put a plant in direct contact with lime slurry. This is because lime is an instrumental component in treating flue gas streams to remove any pollutants.

If a facility or plant you manage has to deal with any of these materials, you must be aware of the dangers of performing preventative maintenance.

Many potential valves installed in a plant dealing with fly ash won’t possess the kind of rigor and durability that a good scrubber valve has. Even without the issue of lime, opting to do some solid research on a good valve provider is essential.

The Corrosive Creep of Lime Slurry

An extensive understanding of the potential erosion that lime slurry can cause is crucial in combating its effects. Starting with the basics, we should look at exactly why lime slurry, in particular, is such a source of grief. After limestone is mined and put through the burning-off process, you’re left with a solution containing lime particles.

It might not sound like an issue, but it’s these tiny particles that will present you with a valve that needs replacing. The particles in question are like serrated blades specialized in cutting through the equipment in your facility.

That eroding effect won’t only apply when the slurry is passing through a specific point, either. Due to the fact the particles are floating around in the solution, it will also corrode wherever it becomes stuck.

This is highlighted by the damage you’ll see valves suffer since they are often accidental collection points for excess fluids.

So what’s the big problem? Looking at other valve types, we can see exactly where the issues are when dealing with lime slurry.

We can start with the standard ball and plug valves, which are probably the most doomed to fail when it comes to evading corrosion from the dreaded lime. To keep one of these valves running without complications, you’ll be looking at multiple awkward or ungainly solutions.

Installing actuators with twice the throughput to avoid obstruction or build-up. Engaging in exhaustive scraping to prevent corrosion. Coating the metals in stellite to protect them. It’s a constant uphill battle, where you are patching one problem just for another to appear down the road.

What other potential valves are you employing that you think might be more efficient in the battle against lime? Perhaps a knife gate valve?

These don’t really fare much better, as the cutting mechanism and surface are prime real estate for lime. Not only will the valve itself be suffering in this setup, but the knife mechanism will drag the lime throughout the packing. This will cause even more damage, creating something of a domino effect.

Now that we’ve got a comprehensive image of the kinds of valves that we definitely don’t want, what exactly should we be looking for? What’s our ideal valve for dealing with lime? Pinch valves can work reasonably well, but there’s actually an even better solution to the problem.

Why a Scrubber Valve?

Scrubber valves possess irrigation systems that are designed to wash away dirty and unwanted liquids and fluids. In a lot of situations, this might specifically be in regards to water that has been contaminated.

They offer a fantastic solution to the lime issue, though, as the valve will happily and easily sweep away the particle-containing solution that causes so much havoc in other valve systems. It’s an exquisite solution to a problem that can otherwise escalate to unprecedented levels.

Win the War Against Lime

Instead of waiting for another series of mounting maintenance bills, act first. Be preventative instead of reactive, get a quote that will endure the hardships of lime, get a scrubber valve! Not only will you save yourself a headache down the line, but you’ll also save on costs too.

Even if there haven’t been any failures in the equipment yet, you’re essentially sitting on a ticking time bomb. If you act now preparing for the inevitable, you’ll keep workflow going strong.

In the section where we investigated some of the potential valves, we saw that it’s not only the valve you have to worry about. It’s the surrounding equipment that the valve is involved in. There’s no need to endanger other elements of an operation when the problem can be magicked away by the correct valve choice. Request your quote today.