The Different Types Of Valves Used In Chemical Industry 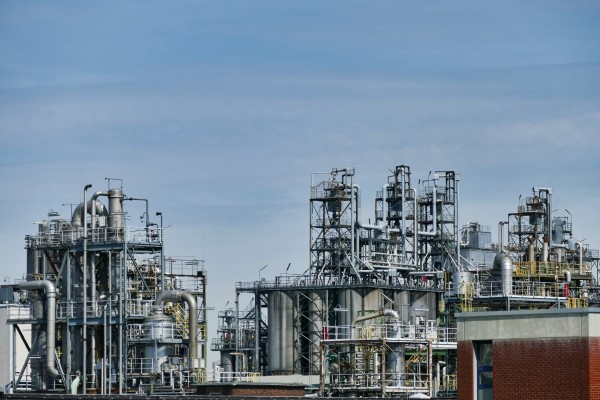 When exposed to certain substances and chemicals, metal can erode, rust, and eventually fall apart. This is a primary factor when factories in the chemical industry pick and choose certain valves. So, while the function is, of course, essential, a capacity to resist exposure to certain substances is of equal importance.

So, which types of valves work best in the chemical industry, both in terms of function and durability?

Well, while most valves aren’t industry-specific, save a few exceptions, you’ll often find plug, gate, ball, and other somewhat similar iterations. Regardless of the necessity for durability in the field, it’s not a determiner in and of itself. This is because, even in the food industry, they require resistance to caustic chemicals, like chlorine, for the cleaning process.

Thus, it’s somewhat easy to narrow down the options for valves that work perfectly in the chemical industry. Read ahead to see which ones fit, and a description as to why and how they work so well.

Plug valves are similar in design to ball valves. They’re classified as quarter-turn valves that control the flow of fluid through a pipe. It does so via a ported plug that swivels into the stream to allow or constrict the liquid. While primarily used for shutting off or permitting a material’s passing, they can also function, to a lesser degree, as a flow regulator.

It’s important to make a distinction between plug valves and lubricated plug valves. The latter, as its name suggests, involves lubrication between the plug and valve. This serves as something of a sealant, whereas unlubricated alternatives use a sleeve made of polymer for friction relief and sealing.

Gate valves are primarily shut-off valves. That is, they are fantastic at preventing any and all flow of liquid. Throttling with a gate valve, while possible, isn’t recommended. This is due to potential damage to the disc and, over time, possibly permanent damage that renders the valve useless.

In terms of function, gate valves have a plate barrier that enters and retreats from a stream of liquid, operated via twisting a top handle. Alternatives include parallel plates and wedge-shaped plugs. The wedges offer additional variety, making gate valves a great choice for various uses.

These shine most in chemical plants that are most involved with liquids. Still, though, it’s also possible to use gate valves for gas and solids, to a degree. They’re also divided into two primary groups. These are rising-stems and non-rising stems. The former enhances visibility whereas the latter prevents damage from corrosive environmental conditions.

Ball valves are used to control pressure and flow. One feature that makes them so useful is that they’re leak-proof. Thus, these valves are fantastic in the chemical industry when liquids are involved. In terms of structure, they have a group of rotating ported spheres, or balls with holes, that shift to block or permit flow.

They’re most common in systems that control flow from compressed air lines with direction towards high-pressure hydraulic systems. Their popularity, though, stems from more than just fantastic function. They’re cost-efficient, compact, easy to use, and require very little maintenance.

Everlasting Valves offer a series of alternatives to common designs in various industries, including the chemical industry. These are process valves, bulk material valves, and diverter valves. You’ll find them in chemical and petrochemical plants. Their popularity is attributed to a few benefits and solutions they provide in various processes thanks to a unique design.

A common problem for chemical plants is that repetitive and consistent movement of parts in the same place results in wear and tear. This, in turn, results in a failure of function, leaks, and weakened seals. The structure of Everlasting Valves is specific and built to solve this problem.

They involve self-lapping rotating discs. But, in this case, more moving parts isn’t a negative trait, quite the contrary. Instead of repetitive and identical movements, they rotate incrementally. Additionally, they polish and renovate the internal surfaces. The result? Low leak rates, consistent seal quality, and exceptional durability for maximum life cycle profits. This, along with strong resistance against caustic substances, makes them fantastic chemical industry valves.

Check valves are two-port valves with two openings that allow fluid to flow through in one direction and prevent flow reversal. They’re used in a plethora of industries but are also quite present in the chemical industry. Interestingly enough, they lack a handle or stem. This is because they work automatically and don’t require manual handling.

They come in three forms. These are swing check valves, piston check valves, and lift check valves. The first is most compatible with fluids that move at slow speeds. The second, composed of a disc, piston, or ball, is built for smaller pipes with frequent and significant pressure drops. The third, and final form, is a stem operated version that’s made to resist high temperatures, pressure levels, and highly corrosive substances.

A constant between the different forms is how they react to cracking, reseal, and back pressure. The consistency is found in that they’re built to withstand high levels of the three forms of pressure. This is, to the minimum differential between the inlet and outlet of the valve, pressure present during the closing of the valve, and higher pressure at the outlet than the inlet.

Finding the Right Types of Valves

As you can tell, there are many types of valves involved in the chemical industry. While they share a few features in common, each is built for a specific function and process. Material composition and difference in design can set some iterations apart and make them more efficient in general, and for specific tasks.

Contact us to find out more about how you can maximize life cycle profits with durable and innovative valves.